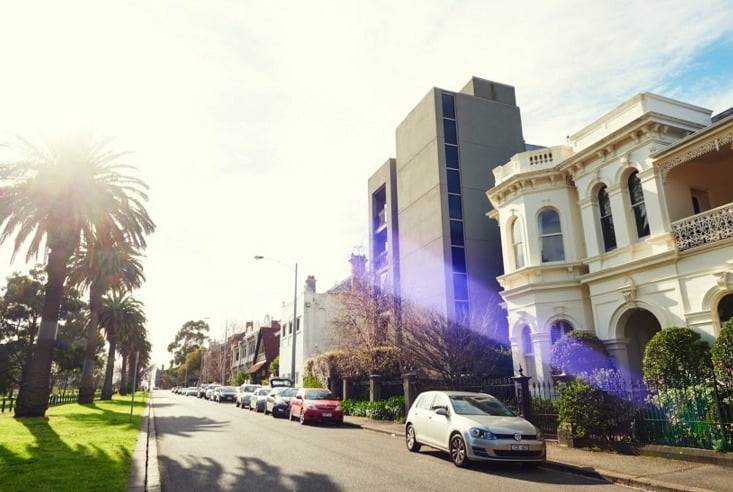 East Melbourne has long been home to many significant government, health and religious institutions, including the Parliament of Victoria and offices of the Government of Victoria in the Parliamentary and Cathedral precincts. East Melbourne has been affluent since its first establishment and contains some of the oldest Victorian homes and terrace houses and parks and gardens in Melbourne. Just one kilometre from the Melbourne CBD, with its vast expanses of parkland make it feel like a tranquil retreat. You can walk to your city office or you can stroll to Melbourne’s best restaurants, sports stadiums, theatres, galleries and fashion boutiques.

According to Deloitte Access Economics/Tract Consultants survey of Melbourne’s most liveable suburbs (Nov 2015). East Melbourne ranked the top of the lot, with its parks, culture, a heritage overlay, and, it must be said, a highly competent residents group. Living here is like being in a secret garden, surrounded by busy arterial roads, yet inside it is green and silent. The Age wrote further about this most liveable suburb which can be found here; http://www.theage.com.au/victoria/living-in-east-melbourne-the-most-liveable-suburb-in-the-most-liveable-city-in-the-world-20151102-gkok7w.html

We must agree, East Melbourne is just like a garden in the middle of the city, which comes alive most weekends with the sound of sports fans, sirens and colours. Home to all of Australias top sports grounds and arenas housed within the Melbourne Sports and Entertainment Precinct, from the world famous Melbourne Cricket Ground (MCG), Olympic Park, Rod Laver Arena, Hisense Arena,  Margaret Court Arena, AAMI park, Sports Museum, home of the Collingwood football club and the list goes on.

If you’re keen to discuss your property needs in East Melbourne or just sick of bad property management, do give us a call!

We are delivering a bespoke Property Management and Sales service across East Melbourne and wold love to show you around!

Cheers Randal Sharp and the team at Think Property & Co.

Think Property & Co’s Guide to Rental Increases – How, What and Why

As a landlord, you’re handing over your investment asset in exchange for a weekly sum– you’re supplying housing to a market that’s demanding it. The rental market itself determines how much you can reasonably lease your property for – which is why it’s essential to research rental demand in the area of consideration before buying […]

Think Property & Co have been nominated in the Real Estate Institute of Victoria industry awards for ‘Agency – Best Website’.  This year’s awards will be presented at the Awards for Excellence Gala Dinner at Crown Towers on Thursday, 27 October.  Martine, Randal and TP & Co Team are excited with being nominated in their first year […]

END OF FINANCIAL YEAR! FREE AGENT TRANSFER Easily change before the end of financial year, we will complete it all for you within 72 hours! You do not have wait for your current lease to expire or Tenants to leave – start the new year with a team that care about your property. Think Property […]

Keeping warm without blowing the bills? tips and few green energy suppliers to have a closer look at!

WINTER IS HERE!!!!! Yes its that time already welcome, time to swap the wardrobe around and rug up to keep warm. So to help you keep healthy, toasty and warm whilst not blowing your budget we have researched a few good options to help guide you. – Yes just like jack here put on extra […]

THE DEVINE EAST MELBOURNE NEIGHBOURHOOD We adore serving East Melbourne, this suburb is steeped in history with an old-world sophistication with city skylines and church spires. East Melbourne is gracious and yet peaceful so close to the CBD and sporting action, it exudes an air of luxury. Tree-lined streets which are home to historic buildings […]

Careful planning for successful home sale Selling a home is always going to be a little inconvenient – planning for this, will make the home selling process a lot easier to manage. The normal everyday schedule of life will likely be interrupted by visiting prospective Buyers.  So take a little time with your agent initially […]